Sometimes it takes a really old politician who doesn’t quite have the talking points down in order to get honesty from the Republican party. Orrin Hatch (R-Utah) let the truth spill out last week in an interview with the Salt Lake Tribune. (emphasis mine)

“I’m for sequestration,” Hatch said, if Congress can’t cut spending. “We’ve got to face the music now, or it will be much tougher later.”

And in the very next paragraph, the Tribune offered this…

With across-the-board spending cuts set to kick in next week, Hatch said sequestration would lead to an economic disaster in Utah as two-thirds of civilians working at Hill Air Force Base would be furloughed. He said it would be “devastating to our nation’s readiness.“

Republicans are trapped inside a bubble of their own making. They keep breathing the fetid air inside the bubble and it clearly makes them crazy.

A little history for those who have lives and don’t follow all this political back and forth.

And why on earth would the Republicans stick to this dumb ass tactic? So they can blame it all on President Obama. And Republicans were all excited when they got an assist from Bob Woodward, who in his insider wisdom, came up with a “moving goalpost” analogy that was crushed by several real journalists.

What a great plan, Republicans. Hurt your constituents, hurt the U.S. economy some more, make up a bunch of lies to cover your sorry asses and get the compliant and equally dumb ass media to play along with it. On Sunday morning, I stopped counting the word “blame” when I reached 15. The media likes playing the blame game just as much as the Republicans, commissioning polls to see who the public will “blame” when the cuts start hurting.

This is what passes for strategy in the Republican Party of 2013.

In this episode, recorded on February 13, 2013, we talk about Joe’s encounter with a Navy Seal with irony on top of irony as the backdrop. We also spend a good deal of time talking about drones and the reality associated with the different “tools of war” as they have evolved over the years and I get a mention on the Poli-Sci-Fi Radio podcast by my hero, Steve Benen.

Want some good, liberal, pragmatic talk? Give us a listen.

The RSS feed is in the right column.

P.S. Here is a link to a great piece by Wil Saletan titled, “In Defense of Drones: They’re the worst form of war, except for all the others.” He was attacked by the usual suspects for this piece with all sorts of crazy shit being projected on him because of it. Here is an example of some Tweets that show the maturity level of his critics.

@saletan But drones are your first preference. if you were US dictator, they would continue, right? You wouldn’t stop them?

@ggreenwald Come on. You know that’s not a legit inference. Not stopping a war or weapon doesn’t mean it’s your first preference.

I’ve decided that I’m going to try to do short takes on the news of the day and provide links when appropriate. Finding the time to write longer pieces would entail quitting one of my jobs and living in a trailer somewhere. So instead, I’ll try this. If you want to consider this an open thread, please do so. And you trolls, please read the comment policy and don’t be surprised if your vile comments never make the cut.

I got a good laugh watching the reports about Mark Sanford attempting to rehabilitate himself after his fall from politics. He was, of course, hiking the Appalachian Trail, which a lot of people didn’t know extends all the way to Argentina.

The story about Oscar Pistorius shooting his girlfriend is a perfect example of why having a gun in the home often leads to tragedy. Whether he did it on purpose or it was an “accident”, she would be alive today if there wasn’t a gun in the house.

I’ve seen quite enough of Alan Simpson and Erskine Bowles, why don’t they get jobs or something and contribute to the economy, instead of pretending like Republicans in Washington actually give a shit about the future of our country.

Reminder of the day: Republicans held our economy hostage in the summer of 2011, our President negotiated a deal to prevent a financial meltdown and at the time, Politico called Mitch McConnell “the chief Republican architect of the compromise”.  Media, please stop letting the Republican stooges keep repeating that the sequester was the President’s idea, just stop. You look like damn fools….again.

And of course, Mitch McConnell wasn’t the only Republican counting on nobody paying attention to reality for the last 4 years. Paul Ryan tried some serious revisionist history by trying to use his “baffle them with bullshit” techniques when asked about his touting the sequester back when it happened. It didn’t work. Busted!

I’ve been seeing on Twitter that the White House Press Corp is whining about access to the president or the number of press conferences or some horseshit. Considering what the WHPC has become, they should be glad he even acknowledges their existence.

We welcome a special guest who worked for CNN for many years and now teaches broadcasting. He offers great insight into the issue of media bias and how social media is becoming a big part of local news operations. We talk politics as well, so give us a listen.

In this edition, recorded on January 31, 2013, we discuss the failing attempts by the GOP to rig elections, Lindsey Graham’s latest batshit crazy appeal to the Tea Partiers in his state, Lance Armstrong and his drugging ways, immigration reform, the media sleeping on the job and a little gun control talk to top it off.

The RSS Feed is hanging out over there on the right sidebar. 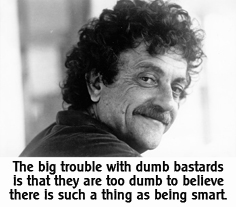